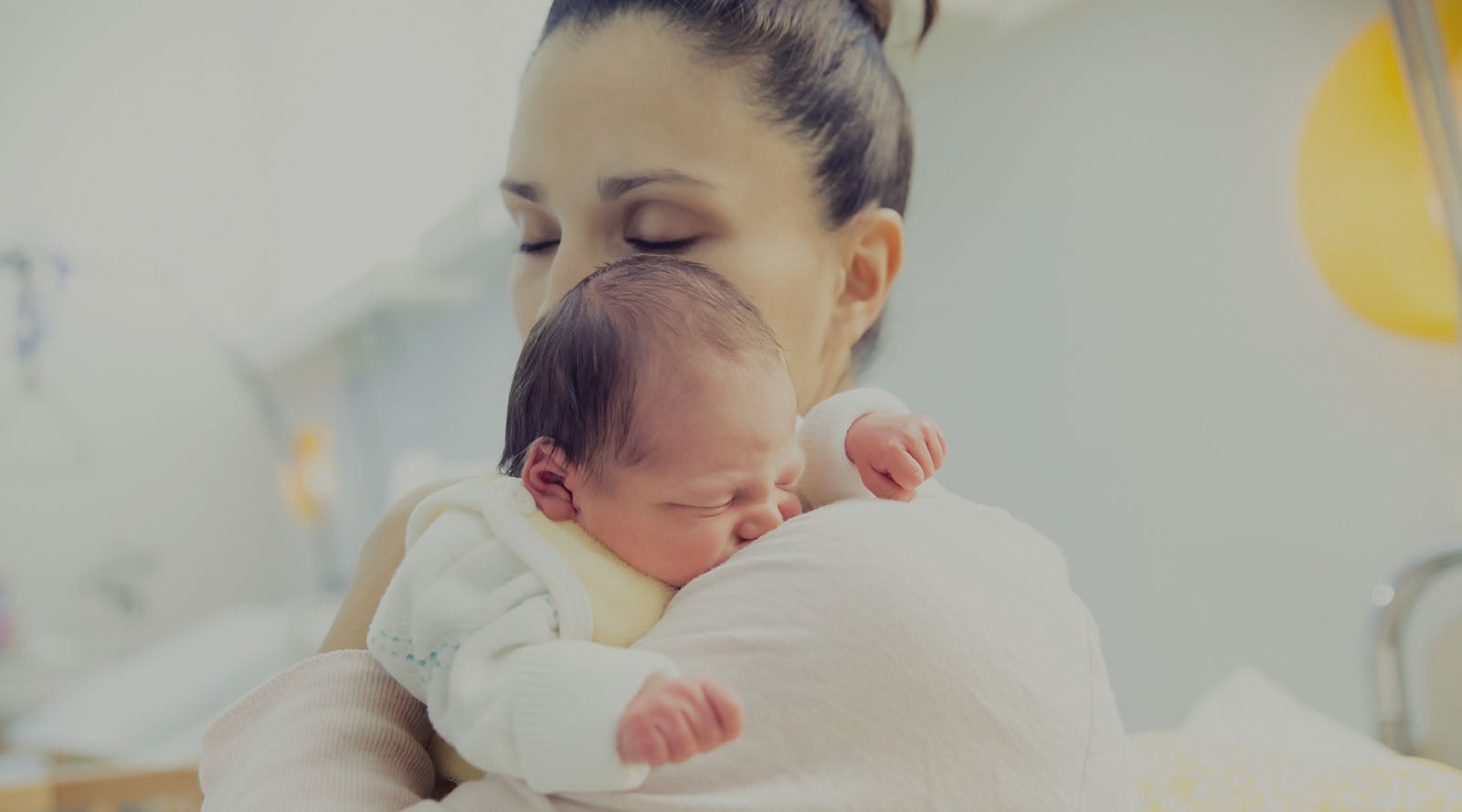 All about baby’s feeding problems: colic, reflux, and lactose intolerance

Colic? Reflux? Intolerance? Find out about all feeding issues here.

Feeding on demand can be more comfortable for babies with colic

When you welcome your baby into the world everything’s so new. Not just the routine, and the fact that you suddenly have a teeny new person to take care of, but also they literally haven’t used their tummy or organs before. So there are bound to be some issues while they adjust to feeding outside the womb.

Over half of all babies under six months old go through tummy problems. These aren’t usually serious. Constipation, reflux and vomiting are very common. Since they can’t tell you in words what they’re feeling it’s a good idea to look into the symptoms to help you understand what’s going on and get to the root of any baby feeding problems. 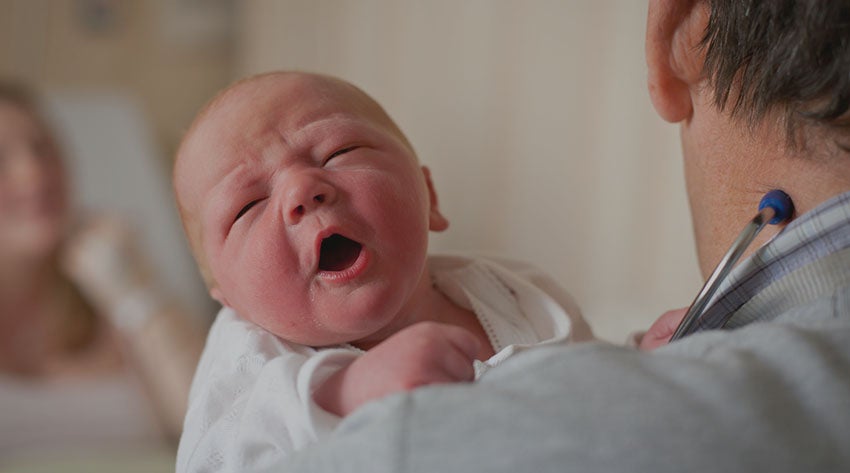 What is it colic?

Get ready to hear this word thrown around a lot, even if your baby doesn’t have it, because there’s no test for ‘colic’ and no scientific definition for what it is. The NHS and HSE both give ‘excessive crying’ as the main symptom of colic – although to the baby doing the crying it isn’t excessive of course. Colic is the term used for young babies who cry a lot. It’s thought to be from trapped wind or other pains in their little digestive systems.

How do I know if my baby has colic?

All babies cry, but some cry more than others. A colicky baby is usually under three months old and may show the following symptoms:

If you think your baby is showing signs of colic after the age of three months speak to your pharmacist or a medical professional.

It’s generally thought to be trapped wind. Colic and reflux have been strongly linked to bottle feeding, but breastfed babies can have colic too. Colic reflects the pains that some babies go through as their digestive system matures. If your baby has it, they’re not the first and hopefully when they’re a few months older the newborn colic stage will be a distant blur.

How can I help my colicky baby?

It might not seem easy at first, but as the days go by you’ll get used to your baby and what helps them best. Things you could try include:

For safety reasons, the HSE advise you to lay your baby on their back when it’s time for a snooze. If your colicky baby isn’t enjoying this you could try safely propping up the legs of your Moses basket if possible. Adding a bit of an incline can help them sleep on their backs safely and comfortably but the NHS doesn’t recommend sleep positioners or wedges.

If your baby is showing other symptoms alongside colic or you’re concerned in any way then talk to your GP, health visitor or a public health nurse. 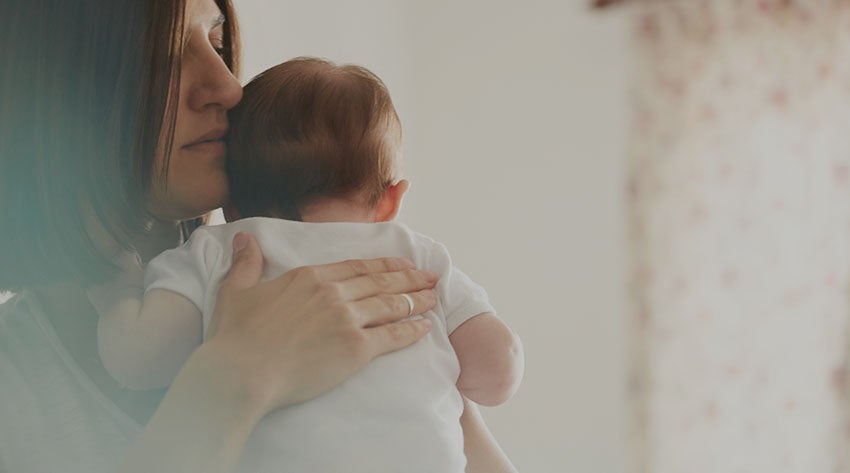 Most babies spit up milk, especially in the beginning. This is reflux, but it’s also known as GOR or possetting. It’s pretty normal and calms down once babies are a few months old.

Your baby’s insides are still developing when they arrive in the world. The oesophagus isn’t fully formed yet which makes it hard to keep milk down, resulting in newborn reflux.

Relieving the symptoms of reflux

Here’s a few things you can try:

Could my baby have GORD?

If your baby’s spit up comes with some other symptoms it could be a bit more serious and known as GORD – which stands for ‘Gastro-Oesophageal Reflux Disease’. If you’re quickly running out of clean muslins, changing bibs every ten seconds and the sofa and your clothes are covered in regurgitated milk, then it’s not unusual to think your baby has reflux issues. Look out for symptoms like:

If your baby is still having reflux issues and you’re not sure what to do next, speak to your GP, health visitor or a public health nurse. They may recommend a change of feed for baby or if you’re breastfeeding, some simple changes may be recommended in your diet. If it’s more serious your doctor may need to prescribe medication for your baby. 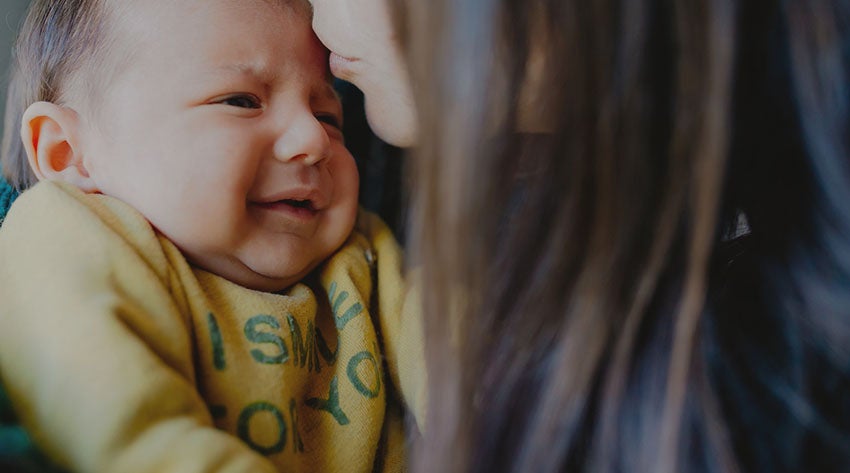 What is lactose intolerance?

Some babies can have a hard time digesting lactose – the natural sugar found in milk. This can happen temporarily after they’ve had a tummy infection or if they were born premature. There isn’t an exact figure for true lactose intolerance in babies but it’s very rare. It’s a genetic condition that can only be passed on if both mum and dad have the gene.

How do I know if they’re lactose intolerant?

The main lactose intolerance symptoms are often similar to other baby feeding problems which can be confusing. To make things a little clearer here’s what to look out for:

Unless there’s a genetic condition passed on by the parents it’s usually caused when a baby doesn’t have the enzyme ‘lactase’, which is there to break down lactose. It’s quite rare, but it can occur shortly after a tummy bug.

How can I help my baby?

Speak to your GP, health visitor or a public health nurse if you think your baby might be lactose intolerant. They may get you to switch to a lactose-free formula, or advise you to add lactase drops to milk, whether expressed or formula.

If your baby has lactose intolerance it should clear up, but keep an eye on them and if you’re ever concerned speak to your GP, health visitor or a public health nurse.

Everything you always wanted to know about newborn baby poo: constipation, diarrhoea and colours

next Next article
In Newborn

The World Health Organisation (WHO) recommends exclusive breastfeeding for the first 6 months of life. SMA® Nutrition fully supports this and continued breastfeeding, along with the introduction of complementary foods as advised by your healthcare professional.